Reasons to Own a Fireplace #217: Resale Value 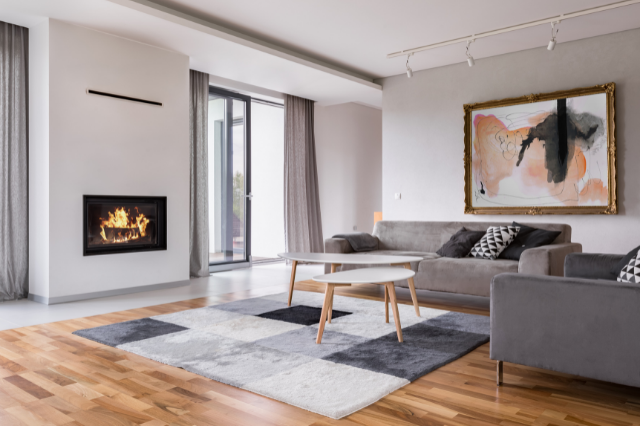 Do you ever put off doing a chore and then it hangs over your head until six months later when you finally do it and realize it only took 30 minutes and now you feel stupid for waiting so long when you could have enjoyed those clean windows for the last six months instead of suffering anxiety and mild depression because you were too lazy to get off of your tail and do the minuscule amount of effort to improve your life and the lives of the people you love? That was a long sentence. But you know what feels even longer? Living in a home without a fireplace. And just like a small chore, a fireplace can be a small investment with a huge payoff in the form of resale value (and years of enjoyment.)

Did you know that having a fireplace can increase the value of your home by as much as $5,000? Part of the reason, according to the National Association of Homebuyers, is that 16 percent of new buyers say a fireplace is essential to their home selection. Couple that with a decrease in new home builds with fireplaces, and installing a fireplace could be a good investment, particularly in certain areas. In the Missouri/Kansas/Arkansas/Oklahoma four-state area, for example, only around 40% of newish homes have fireplaces, and about 60 percent of those are in houses valued at over $500,000. So, the resale power of a fireplace is no small thing.

Plus, don’t forget that in the period between buying and selling a fireplace...you get to use it. Imagine an investment of...we’ll make up a number…$5,454 is worth 54 percent of its original value after ten years of ownership - according to Marshall & Swift’s Appraisal Handbook. Those are rough numbers based on industry averages. After 10 years of ownership of a house, the lost value on the fireplace is $2,549, which works out to 70 cents a day. That’s less than the little plastic toothpick they put in the lid of a Starbucks drink, and it’s warmer and when men order a fireplace, unlike a tall-half-caff-chai-no-foam-peppermint-oat-milk-soy-caramel-latte-crapacchino, they don’t feel like their chest hair will recede into their bodies. So, you get the other 216 benefits of having a fireplace, on the daily, for less than 70 cents.

Although it would be really easy for us to lie to you, abusing the extensive influence and culture-shifting power of this blog which is completely unsupervised by Internet police, we aren’t lying when we say that we know a lot about fireplaces. So, maybe give The Fireplace and More Store a chat and we can hear your wants and needs (as pertaining to fireplaces) and go over options and simply help you dream a little. Contact us here and let’s get started!

Oh, and be sure to check out our other recent blog posts about various topics such as fireplace sizes, outdoor fireplaces, electric fireplaces,  and highlight features for some of our excellent products by Heat & Glo, Simplifire, Quadra-fire, and Monessen.

We'll warm your house so it feels like home.